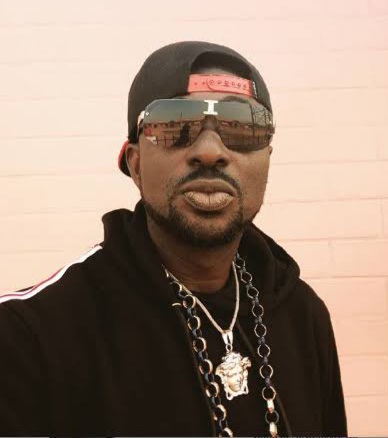 Nigerian singer Augustine Ahmedu Obibo, professionally known as Blackface has come out to claim that he is better than the top musicians in Nigeria.

He made this statement while reacting to a recent poll where photos of six Nigerian music superstars were shared and fans were asked to vote for the music star who deserves to be recognised as the G.O.A.T in the industry.

The top Nigerian artistes that were candidates of the poll are; Wizkid, Davido, Burna Boy, Olamide, Wande Coal and D’Banj.

Blackface in a different turn claimed that he is far ahead of all the stars in the poll.

According to him, there are so many reasons why he feels he is better than them.

He stated that he has made more records than most of themHe also said that he performs better than them on stage and the kinds of songs he writes is not on their level.

He took to his official Instagram page where he shared a photo of the music stars and accompanied it with the caption;

”ME BADDER THAN THEM AND THEM KNOW [email protected]” 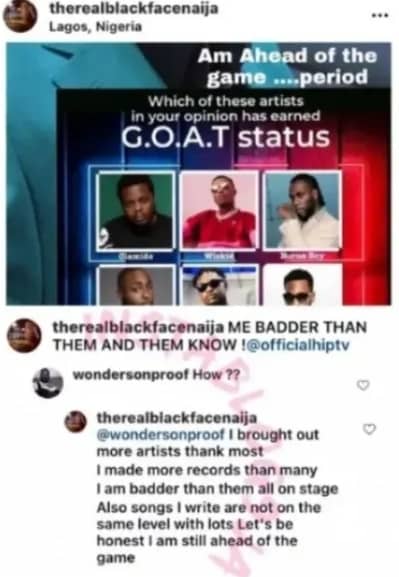